As Russia Blocked access to social media platforms, Facebook, instagrams under the Meta Platforms. The demand for internet users to work around the restrictions has pushed Virtual Private Networks (VPNS) uses up over 3500%, with nearly 400,000 russians adding a VPN to thier daily life. Russian blocked them last year. The block on social media platforms has resulted in a huge surge of people turning to Virtual Private Networks (VPNS) for access outside of Russia’s borders and avoiding any censorship that might be imposed by their government or corporation owners who wish they had less freedom themselves!

Led By The Unknown is supported by its audience. When you purchase through links on our site, we may earn an affiliate commission. Learn More

The use of blocking bypass services leads to the preservation of access to prohibited information and resources, creates conditions for illegal activities. – Roskomnadzor statement

March 11, 2022, Meta would be designated as an extreme organization.

Russian Prosecutor General Office filed a lawsuit with a court, adding Meta as an extreme organizaiton and baning its activites in Russia. After Facebook and Instagram allowed users in come contries to call for violence agains Russian soldiers.

Making VPN services more needed than ever before.

“To date, about 20 popular VPNs in Russia have already been blocked. They will continue to be blocked,” Khinshtein said on Duma TV on Tuesday.

“Roskomnadzor is working, VPNs are blocked every day, it’s not such a simple task, but it is being fulfilled,” he said during a discussion on the restrictions imposed in Russia on social media owned by Meta.

NordVPN is one of the best and most affordable VPNs on the market. It offers a number of great features, including robust security features, unlimited bandwidth, and top-notch customer support. In addition, NordVPN is priced at just $3.99 per month.

ExpressVPN is a well-known and respected VPN provider that offers a number of features, including high speeds, unlimited bandwidth, and strong security. It’s priced at $8.32 per month.

Surfshark is a great VPN option for those who are looking for a cheap and cheerful solution. It offers a number of features, including unlimited bandwidth, military grade encryption, and the ability to unblock geo-restricted content. Surfshark is priced at just $2.49 per month.

CyberGhost is another excellent cheap VPN that offers a number of features, including unlimited bandwidth, fast speeds, and robust security. It’s priced at just $2.75 per month. 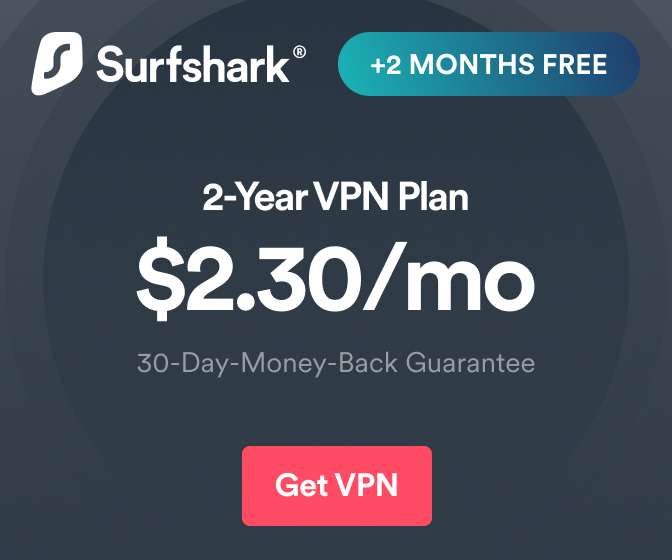 Streaming sticks are also on sale right now, particularly on Amazon. Amazon is now discounting the older Fire TV Stick 4K, which comes with the third-generation Alexa control, by 50%. Normally $50, you can get one for $25 right now, the device’s lowest price to date. It’s not as powerful as the Fire TV Stick 4K Max (which is now on sale for $35 instead of $55), but it’s still speedy and supports Dolby Vision, Dolby Atmos, HDR10 Plus, and HDR10. Check out our review.

Amazon’s Fire TV Stick 4K comes with 4K Ultra HD, Dolby Vision, HDR, and HDR10 Plus support, as well as an Alexa-enabled voice remote that works with most TVs. Its audio output is also capable of Dolby Atmos, and it is compatible with Netflix, Disney Plus, HBO Max, Prime Video, and all of the main providers.

If you’re looking for a great and affordable VPN, NordVPN, IPVanish, and ExpressVPN are all great options. They offer a number of features, including robust security features, unlimited bandwidth, and fast speeds. So take your pick and enjoy increased online privacy and security!

If you’re looking for a great VPN without breaking the bank, NordVPN is a great option. With plans starting at just $3.71 per month, it’s one of the most affordable options out there. And despite the low price, NordVPN doesn’t sacrifice on quality. It’s a fast and reliable service with military grade encryption that will keep your data safe. NordVPN also offers a generous 30 day money back guarantee so you can try it risk free.

IPVanish is another excellent option for a cheap VPN. Plans start at just $6.49 per month, making it one of the most affordable services on this list. IPVanish is known for its fast speeds and reliable connections, perfect for streaming or gaming. It also has a strict no logs policy, ensuring your data is never stored or monitored.

If you’re looking for a great value VPN, ExpressVPN is hard to beat. Plans start at just $8.32 per month, and you get access to the company’s massive server network which spans 94 countries. ExpressVPN is one of the fastest and most reliable VPNs around, perfect for streaming or downloading content. And with 24/7 customer support, you can always get help when you need it.

If you’re looking for an affordable VPN that still offers great features, Private Internet Access is a great option. Plans start at just $2.91 per month, making it one of the cheapest options on this list. Private Internet Access has a strong focus on security, with military grade encryption to keep your data safe. It also offers a generous 30 day money back guarantee so you can try it risk free.

Finally, CyberGhost is another great option for a cheap VPN. Plans start at just $2.75 per month, making it one of the most affordable options out there. CyberGhost is a fast and reliable service with over 3,700 servers in 60 countries. And with a strict no logs policy, you can be sure your data is always safe. CyberGhost also offers a 7 day money back guarantee so you can try it out risk free. 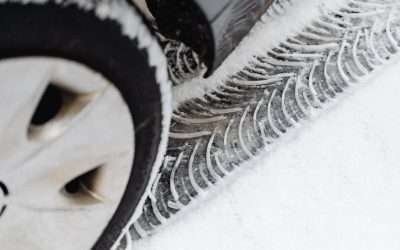 The Top 5 Winter Tires for Your Vehicle

What are the top 5 Winter Tires for your Vehicle? Winter driving can be treacherous, so it's important to make sure your vehicle is equipped with the best possible tires. In this blog post, we'll be counting down the top 5 winter tires available for the winter of... 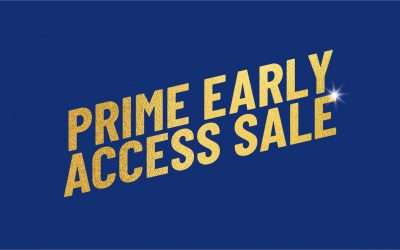 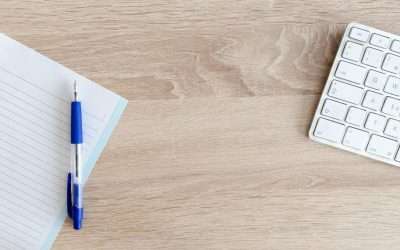 AI tools to use in freelancing

How to use AI tools to make money as a freelancer You may have heard of Artificial intelligence, and that they will take over the world one day, well until then, let's see if we can use them to help out our freelancing carrier. But what are they exactly? And how can... 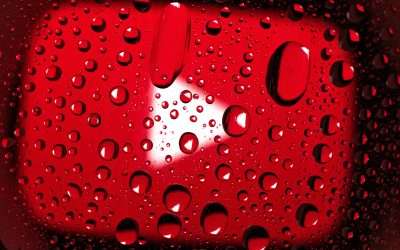 The Best Ways to Download YouTube Video to Video—On Desktop and Mobile for 2022! We all know that YouTube is a great source for hours of entertainment. But what about when you want to download a video to watch offline? That's where things can get a little bit tricky.... 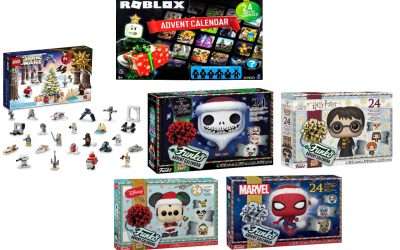 The Best Advent Calendars for Kids

The Best Advent Calendars for kids of 2022 'Tis the season for advent calendars! No longer just for chocolates, these days you can get an advent calendar for kids filled with everything from toys to books to clothes. If you're looking for the perfect way to countdown... 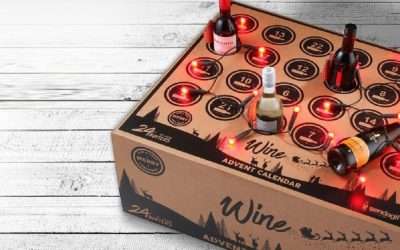 The Best Adult Advent Calendars of 2022

The Best Adult Advent Calendars of 2022 The holidays are just around the corner, and that means it's time to start thinking about advent calendars! No, not the kind you got as a kid with a tiny piece of chocolate behind each door. We're talking about adult advent... 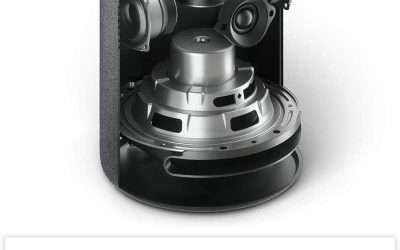 The best Echo speaker you can buy. If you're looking for the best Echo speaker money can buy, look no further than the Amazon Echo Studio. This powerful device features five speakers that produce rich bass, dynamic midrange, and crisp highs. Plus, with Dolby Atmos... 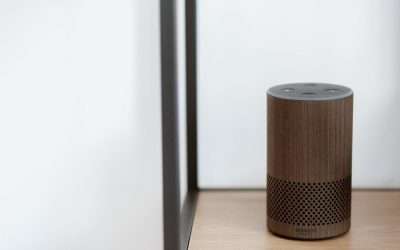 Alexa, Google Assistant, or Siri? We will help you find the right one. If you're in the market for a best smart speaker, you've come to the right place. We'll compare some of the best models on the market and help you decide which one is right for you. We'll also take... 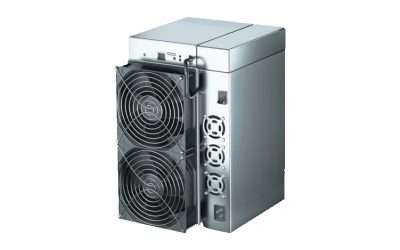 Top income producing miner The GoldShell KD6 is a powerful asic miner that is capable of generating significant profits. This miner is able to generate 29.2Th/s when mining the Kadena algorithm, making it one of the most powerful miners on the market. In this review,...

Best Deals for you!

New Newsletter to keep you up to date with the greatest tech, best deals and latest news!

New Newsletter to keep you up to date with the greatest tech, best deals and latest news!